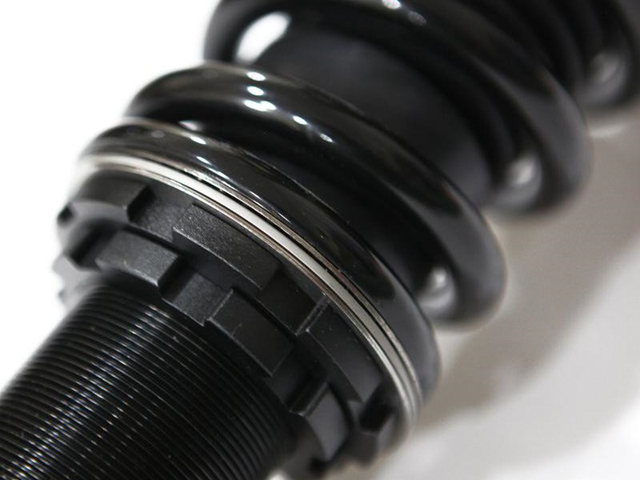 I had purchased the Silver’s NeoMax coilover for my 15+ VAB Subaru STi. They were 8k/8k spring rates with a bearing upgrade, but something just didn’t feel right.  The dampening was just too soft.  No matter the amount of rebound I adjusted, there wasn’t a distinguishable change.  I didn’t feel confident that they would hold up to an event or that they were tangibly better than stock.  My goal? Stiffer stocks with a lower ride height.

I ended up talking at length to Geoff, owner of Cygnus Performance.  He recommended the “classic” X-1 coilover kit.  According to him, when the Silvers were tested against benchmarks, it came in dead last with nearly no real dampening.  With that and reading some additional marketing, I was set on the digressive valved dampeners.  I soon realized after receiving them, that the shocks are more or less Fortune Auto 510‘s.  I received the coilovers in a Fortune Auto box with their directions.  This to me was a bonus.  Assembled in the U.S.A., tech support, rebuildable and upgradable.  What is not to be excited?

I stayed with the 8k/8k spring rates and went with Hyperco springs, also made in America, after Geoff discussed what different rates would achieve.  Changing spring rate looks to be relatively easy.  If I find I want a higher spring rate, no problem.  Users on the forums have dedicated track STi’s with 10k+ spring rates in comparison.  Note: spring size for this coilover is 60mm ID by 7″.

After installation, I can already feel a tangible different in dampening with the X-1’s set to 3 out of 24.

Perhaps I’ll post my own review of these coilovers once I’ve got some miles and an event or two completed.  For now, the rest of the article are notes about my install from one set of coilovers to another.

Some notes about my install…

Using my install directions from earlier, it was easy to remove and reinstall the new coilovers.  While I was in the process of the install, I could:

I removed the old coilovers in pairs, fronts first.  I realized that the lower assembly measured the same as the new ones: lower bolt hole below the cam bolt hole was 12mm from the bottom.  I also re-thought about how to measure the coilovers.

In my initial install, once I had everything set, I found a level place and measured from the ground to the top of the fender well.  Once I got the ride height basically where i wanted it, I went for accuracy and measured between the collars on the coilover.  Once I measured one side, I duplicated down to the millimeter on the opposite side measuring from the lower lock collar to the spring perch collar.  This works well for in car adjustments but I had these out on a workbench, side by side.

By measuring from the bottom of the lower mount “ear” to the bottom of the top hat (strut mount), I was able to get a good, accurate length.  Checking the old set, I was dead on, to the millimeter between left and right. 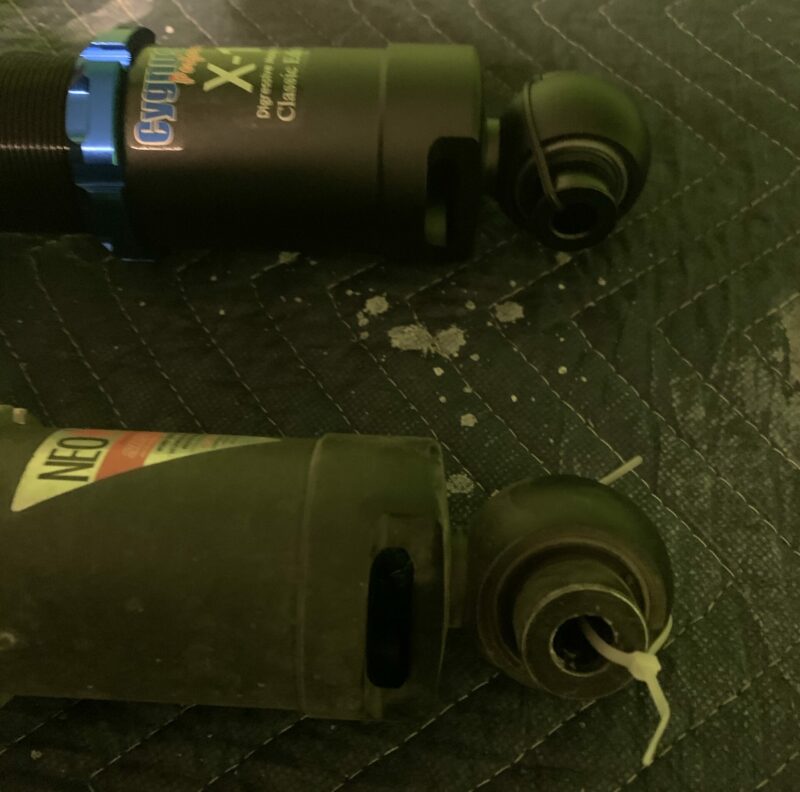 For the rears, like the front’s lower ear, the lower mount was identical in size and build between the NeoMax and the X-1s.  In fact, there is a indention or peep hole just above the lower mount bolt that the tape measure can sit in.  Again, measuring from there to the bottom of the strut mount gave a consistent reading.  The rears were off by 2mm.  I was close.

My ride on the NeoMax was low.  I felt like the Taiwanese springs were already saggy after 1,000 miles.  I wanted to raise my ride height but not too much, maybe a 1/4″ (6.4mm).  The stock ride height also has a rake where the rear is 1cm higher than the front.  I lost a little of that as well so, time to make some adjustments.

20NOV – Reduced rebound to 6 clicks (full soft=0) front and rear. Autocross at Barber’s Motorsport Park in the wet.  While I was competitive, I discovered that the rebound setting was far too high causing the car oversteer and be a handful.  I also discovered that I probably had the car set too low and on the banking the driver side became fully compressed.  After talking to Geoff at Cygnus again, 10k springs were recommended.

21APR04 – 10k springs installed!  Initial impressions are that the car rides better with 10k than the 8k.  The weight of the car feels better support and the feel is more transitive without being bouncy or harsh.