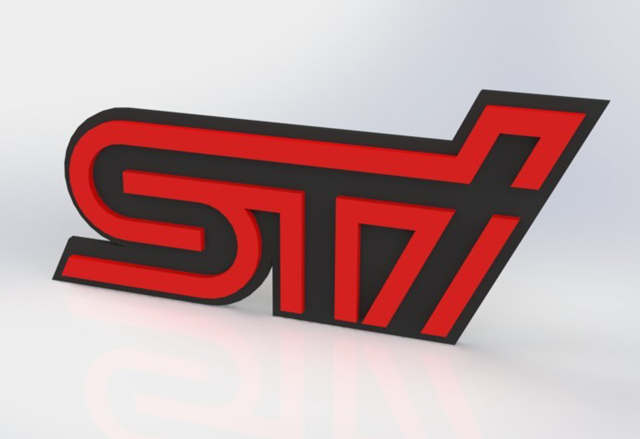 After review of several articles, mainly this article, I wanted to have a more track oriented alignment.  One commenter pretty well set the base that I’m looking for (emphasis mine).  He said:

The front looks good, unless you are prioritizing track over street, but anything beyond about -2.0 is silly unless you are on R-comps. I see they are still making the rear a total pain – that’s where you will still get major improvements – 2.4 is as high as I’ve ever seen on a stock STI. Because the rear geometry gains a LOT of camber on compression (outside wheel in corners), that is way too much in the back to come anywhere near neutral handling since the front loses camber under the same conditions. The rear just digs in and won’t budge until you get to the limit and then it cuts loose none-too-gently – not finely controllable with the throttle. After a lot of playing around, somewhere in the -0.5 to -1.0 range was much, much better in back. On 8K/9K coilovers nirvana was about -2.0F/-0.5R on sticky tires – but not R-comps – at the track. YMMW with stock rates where you walk further along the camber curves in corners (more suspension motion) – depending also on bars, of course.

Looks like good advice.  So armed with this knowledge, here’s what I’m thinking:

At the front, this will be a difference of -0.7°. Whereas in the rear, there will be a +1.85° difference.  Thankfully, toe will be unchanged from the base performance alignment I got back in 2018 (see below).  Why -2.2° in the front? Well, I am inclined to believe that 2.0° is probably about right, others have mentioned -3° in that article.  Another contributor added that anything less than 1° was not noticeable.  So, at least for the first alignment with coilovers, I’m apt to split the difference between least and max. 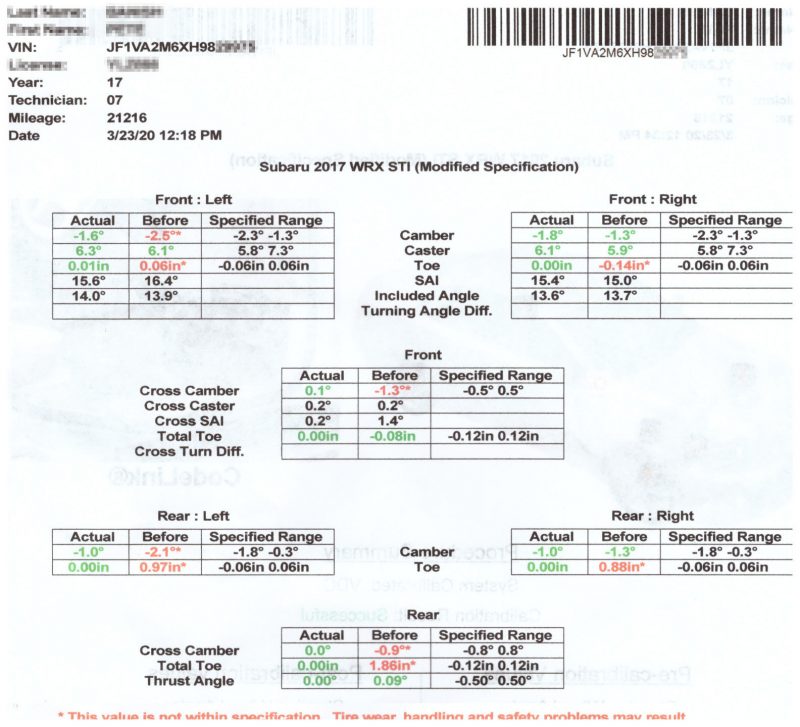 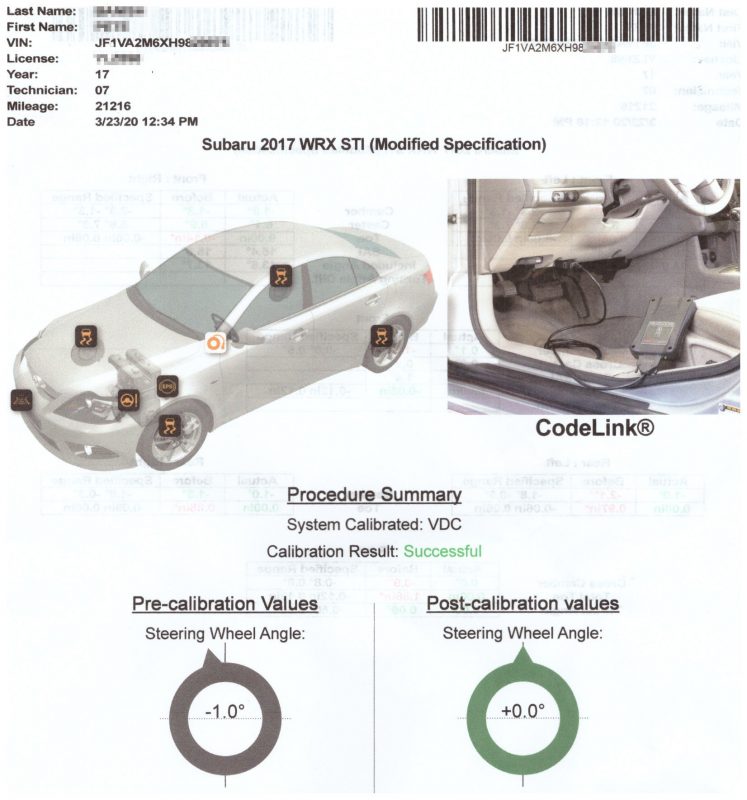